Meet doctor turned mythologist Dr. Devdutt Pattanaik in his another pathbreaking book – Indian Mythology-Tales, Rituals and symbols from the heart of the subcontinent. The author has written over 600 articles and 30 books about Hindu Gods and Godesses and is on a mission to spread awareness on the relevance of Hindu mythology through the use of moral stories, long forgotten customs, rituals and symbols.

His first book Shiva: An introduction was published in 1997 and he has been writing since then.

The author is 45 years of age and lives in Mumbai. He has done 3 television shows on CNBC -TV18, CNBC AWAAZ and Epic channel namely Business Sutra, Shastraarth and Devlok with Devdutt Pattanaik respectively.

You can read more about him and his work here.

Lets take a deep review of his novel Indian mythology: Tales, Symbols and Rituals from the heart of the subcontinent. 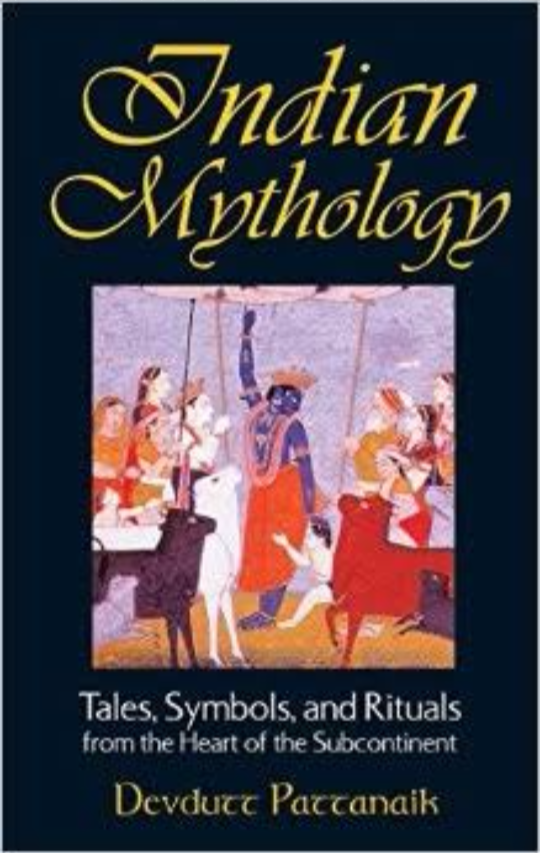 The author has given vivid differences on how Hinduism is different from other religions in terms of numerous Gods, sacred rituals, two dimensional characters and the blend of science in religion as compared to western countries where there has always been a stiff between science and religion.

At last the author has rightly concluded by saying that its foolish to compare a religion with the eyes of another.

1. The author has explained the differences between various Gods and Godessess in a tabular form which makes it easy to understand the complex concepts of Hindu mythology.

2. The author has drawn out various hidden meanings in the pictures of various dieties which will be quite a revelation for many.

3. The author has done years of research on the topics related to Hindu mythology which clearly shows in the vivid description of the mythological characters and stories woven around them.

4. The author has correctly pointed out the morals engraved in certain stories and how could mere mortals like us engross those teachings in our daily life.

1. At some places the author has used extremely difficult words so do have a dictionary by your side.

3. The book is very well written and backed by research but it can be utterly confusing if you are delving into Hinduism for the first time.

4 thoughts on “Book Review: Indian Mythology-Tales, Symbols and Rituals from the heart of the subcontinent by Dr. Devdutt Pattanaik”