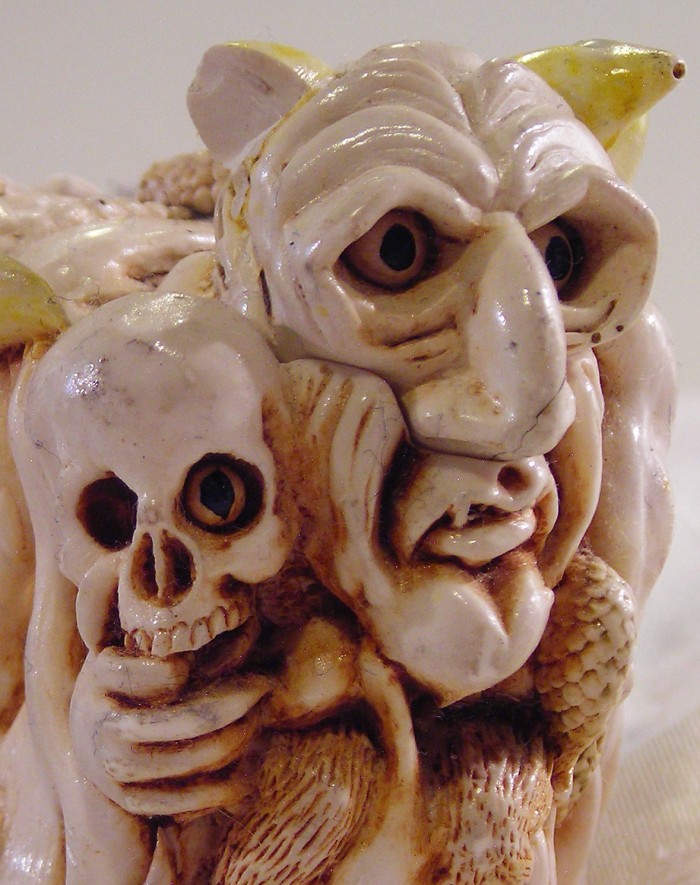 Once Ravana, Kumbhkarna and Vibhishana did extreme penance and pleased Lord Brahma. He appeared in front of them and asked them to make a wish.

The demon King Ravana said ‘Oh lord, there shall be no one except humans and monkeys who could kill us.’ Lord Brahma acknowledged his penance and blessed him.

Then he approached Kumbhkarna but was terrified to look at him. He thought that such a giant creature would end up all the vegetation on the planet, leaving every other living being to starve to death. Saraswati being the Goddess of knowledge and intellect corrupted the mind of Kumbhkarna due to which he asked to sleep for 6 months a year.

Then he went to Vibhishana and asked him to make a wish. He demanded to never lose the path of devotion and to remain steadfast to his duties.

Though all three of them belonged to the same Rakshas kul (demon clan), yet the elder brothers asked for power and immortality and the youngest asked for utmost devotion to God. Therefore it does not depend in which clan or society are we born, rather it’s our karma (deeds) that speaks who we are.