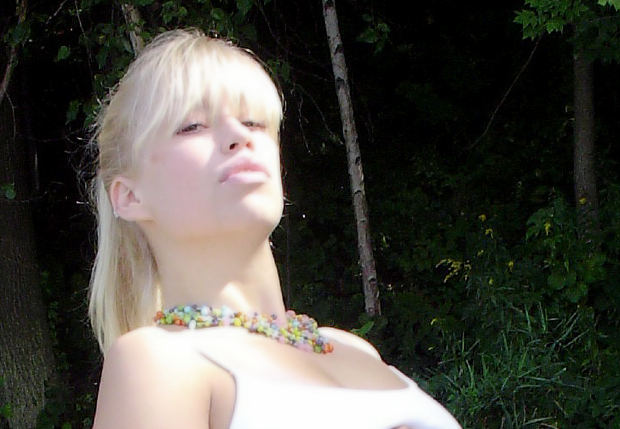 There lived a saint in a jungle along with his daughter. One day the king arrived in the jungle to hunt wild animals. While he was returning to his palace, he saw the saint’s daughter collecting beautiful flowers from the trees.

The king was simply astounded by her beauty and wanted to marry her at any cost. He ordered his charioteer to move towards the young and charming lady and asked him to return to the palace while leaving behind the chariot.

After the charioteer left the scene, the king stepped down of his chariot and proclaimed his love for her. The beautiful maiden looked at him coyly and at once started to run towards her father’s cottage. The king began to follow her out of his obsession and his playful run finally ended at her cottage.

Her captivating curves and bewitching smile tantalized him to such an extent that he was unable to control himself any longer but as soon as he saw his old father, he tried to control his urge with all his might.

‘Who are you young man? I being a poor man cannot offer you anything,’ said the saint.

‘You have the most beautiful creation of this universe in your cottage and yet you say that you dont have anything. I am ready to give you anything, be it money or land in exchange for your daughter,’ said the enchanted king.

‘Who are you?,’ asked the saint with his eyes wide open.

‘I am the king of this land and I have come here to ask for your daughter’s hand,’ said the haughty king. ‘But you already have ninety nine wives, why would you want one more?,’ asked the agitated saint. ‘Its because I want to have every beautiful girl as my queen and since your daughter is the most gorgeous girl that I have ever seen, I want to marry her,’ said the haughty king.

‘You are a shameless man and want to marry women not because you love or care for them, but to satisfy your lust. There is no greater sin than to disrespect women and by the powers that I have acquired by years of meditation and severe penance, I curse you to become a mule till the end of the next year,’ blurted the saint.

The curse began to show its effect immediately. His ears became long and his body colour changed from brown to greyish in shade. His hands and legs transformed into the front and hind limbs of a mule and began to neigh like a horse.

Thus the mule immediately ran in the jungle only to return after a year.

MORAL: Never be proud of your possessions.

One thought on “NEVER BE PROUD OF YOUR POSSESSIONS”