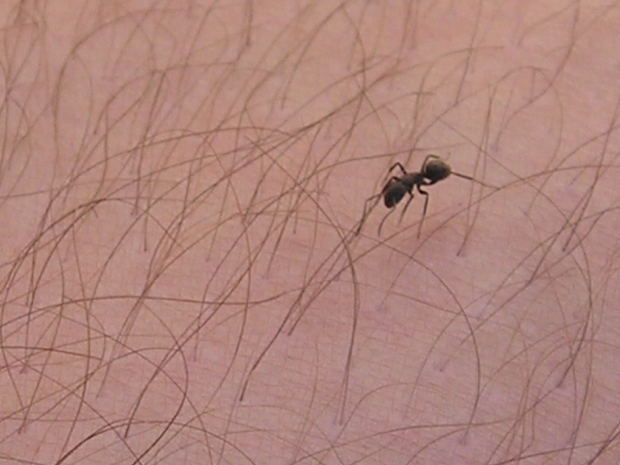 Once upon a time there was a cruel elephant. He was an egomaniac and did whatever he wanted to do. Anybody who stood up against him was brutally crushed.

One day, while he was passing across a field of sugarcanes, he spotted a huge ant hill. He went towards it and ordered all the ants to fulfill his demands or be ready to be squashed to death. He ordered them to fetch food and water for him and the poor ants fed the glutton for a week.

Even after the ants fed him as much as he demanded, the savage elephant quelled and quashed the ants and laughed in his own demonic style.

One of the ant in the colony, decided to teach him a lesson. One day, while the elephant was reposing after having lunch, the brave ant stealthily creeped inside his trunk. After reaching inside, he bit him umpteenth times with all his might. Due to the unbearable pain, the elephant jumped off in the air and ran helter-skelter.

Due to the continuous bites, the elephant’s trunk swelled due to which he was not able to breathe properly. Thus, he begged the ant to come out of his trunk and asked for forgiveness. He also assured that he would never repeat the mistake and went far away. Thus at last, everybody cheered for the courageous ant and declared him as the king of the ant-colony.

MORAL: BE WISE AND YOU WILL FIND YOUR WAY

One thought on “BE WISE AND YOU WILL FIND YOUR WAY”