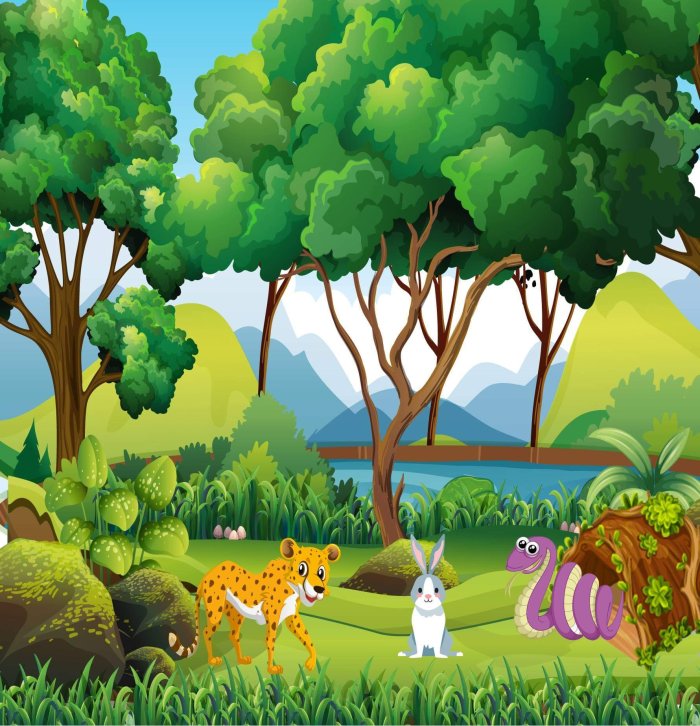 One day a little rabbit was being chased by a leopard. The rabbit ran as fast as it could to find a burrow to hide. After running for a mile, it finally found a burrow and jumped inside it. The rabbit thanked God for saving his life. As soon as he turned back, he spotted a giant snake hissing. The snake opened his mouth and made his strike. Luckily, the rabbit leaped out of the burrow before being caught by the snake. But unfortunately, the leopard was still roaming and began chasing the rabbit. The rabbit ran for his life and by God’s grace, he found another burrow. Everytime the rabbit would pop out of the burrow only to be chased by the leopard. The rabbit jumped inside and leaped out of 99 consecutive burrows that were present at a distance of 1 mile each. Now, the rabbit was very tired and it’s speed reduced drastically. As soon as it jumped inside the 100th burrow, it died. The leopard couldn’t locate the rabbit anymore and returned to it’s den. If the leopard didn’t kill the rabbit and the rabbit didn’t suffocate to death, then who killed it and how?